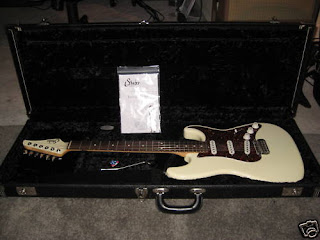 According to the seller this Suhr Scott Henderson was one of six prototypes given to Henderson to try out.  (Item #: 160405557376) 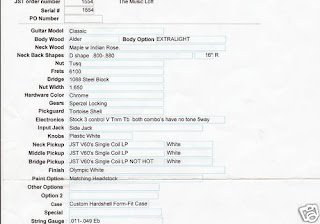 According to the seller also, this guitar was eventually returned by Scott to John Suhr.  And from the spec sheet it looks like it ended up in Music Loft's inventory.

If you're bidding on this axe for the played-by-Scott Henderson factor, do the necessary research before forking over the dough!

Posted by Clinton Carnegie at 1:31 AM