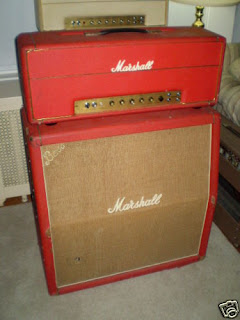 According to the owner this Marshall Super Bass amp was owned by Bo Diddley and was last gigged in 2001 before it was sold to a music store, Mancini Music, GA.

At a Buy It Now of a buck shy of 10 grand, this amp is being priced as an authentic piece formerly owned by a rock n' roll legend and Hall of Famer.

But Bo Diddley and other guitarists of his generation used to play on a lot of rental equipment on the road.  And you don't want to be saddled with what could possibly be just a rental amp that bears his signature.  Ask for the necessary letters of provenance before committing.  I'm just sayin'.. 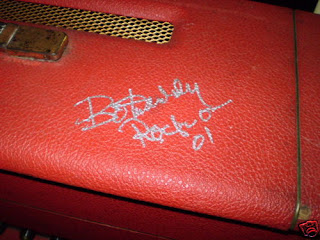 Posted by Clinton Carnegie at 5:43 AM